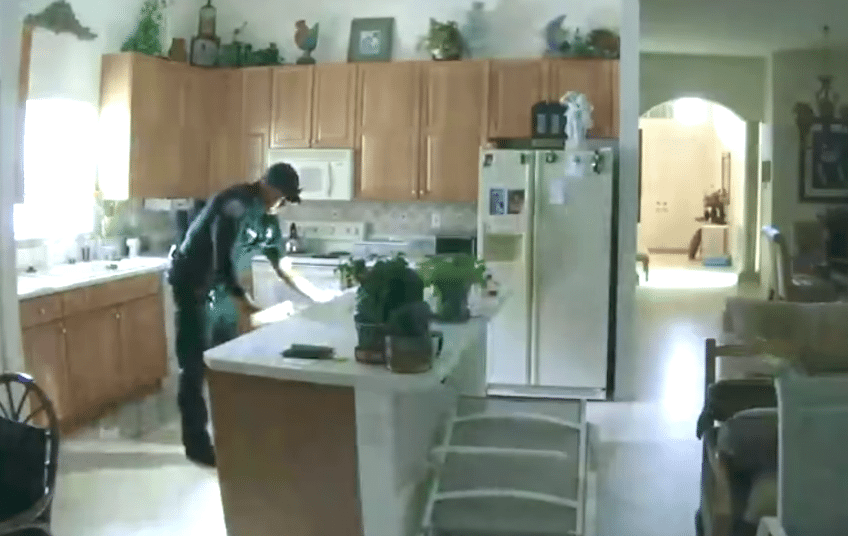 You expect that when  a cop is entering your home it’s either one of three reasons. He’s coming to grab someone who has fallen down and they cant get up, there is an intruder there, or apparently as seen in  this video, to take all of your valuables if you manage to take a tumble during a hurricane and end up losing your life.

Deputy Jason Cooke from the Palm Beach Sheriff’s office in Palm Beach Florida was caught on the home owners  home security camera with his had in the cookie jar. And the cabinets, and in the drawers and the window seals.

The  Deputy was arrested  Thursday where he has been charged with burglary and grand theft with a fire arm at the home of Moe Rosoff, an 85 year old who had fatally injured himself in a fall during hurricane Irma.

The Police were called to the residence of Mr. Rosoff for a courtesy welfare check when the cameras automatically came on when former officer Cooke and two other officers entered the residence. Upon seeing the video the family turned the footage over to authorities,

Cooke was said to have stolen money jewelry, and medication.

The family of Mr. Rosoff were outraged and believed that the officer posed as a great risk to society and believed he was given preferential treatment as he was allowed to enter a 30 day drug rehabilitation program before he is to face an arrest.

In a statement the family concluded;

“In our opinion, had we not seen this video, this cop would still be out there posing a threat to the community he swore to protect and committing more crimes”

Officer Cook was released after posting a 28,000 dollar bond and has been placed on administrative leave.

Maybe he should have just been fired. But what do I know?…. I”m just being petty 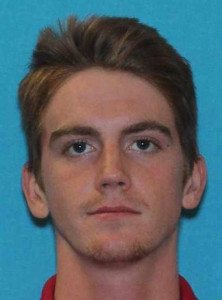 Police In Lubbock Texas report that a student, one hollis A. Daniels was again apprehended after campus drug bust. 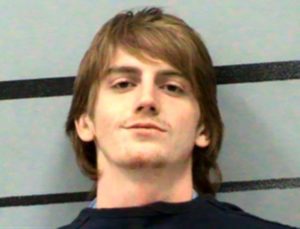 The University Police chief stated that the suspect Mr Daniels was being processed for the charges that included possession of Drugs and drug related paraphernalia when he pulled out a gun and shot and killed a campus officer. The officer’s name has yet to be released pending family notification.

The shooting forced an immediate Lockdown of the Texas Tech campus for more than an hour as police tried to capture the 19 year old Daniels. Daniels hails from sequin Texas near San Antonio

Daniels was tackled by pursuing officers near The Jones At&t Stadium and arrested. Daniels allegedly ripped of the officers body camera but it was recovered later by the campus police.

Hollis A. Daniels had no respect for the School for which he attended nor the life of the officer he took. He Is a thug. A drug dealing cop killing thug who should receive the death penalty.  But what do i know? ……. I’m just being petty 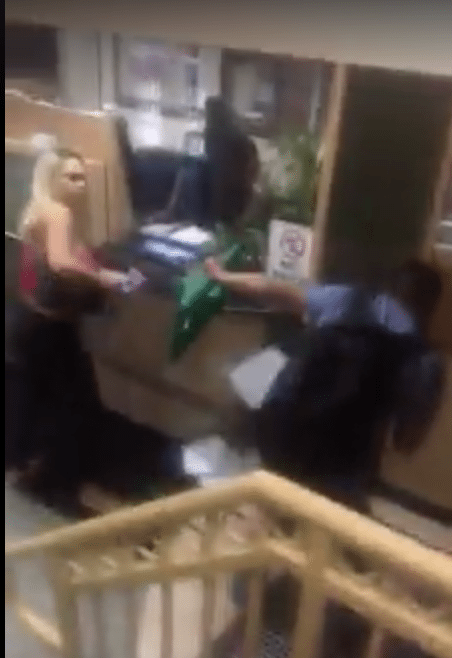 video courtesy Coz The Machine.

Uptown Ho goes ballistic after client robs her after getting the good stuff. Somebody catch this dude and get that ho’s money back!! Ho’s gotta eat too…….. But what do I know…… I’m just being petty